Join us on July 22, 2022 for Fossilized and Realized: Tar Pits Video Festival featuring a selection of videos submitted by the public, a screening of a new film about La Brea Tar Pits by our moderator and host Nic Cha Kim, and a discussion on LBTP’s significance in art and popular culture with the Natural History Museum’s Archivist Yolanda Bustos and artist in residence Mark Dion.

Here's a message from Mark Dion about your video submissions!

Celebrate this iconic site by creating a one-minute (or shorter) video that may be selected to be screened at the Fossilized and Realized: Tar Pits Video Festival on July 22, 2022.

Let your imagination run wild and get the chance to see your video screened outdoors in the heart of Los Angeles at La Brea Tar Pits! Selected videos can qualify to win a saber-toothed cat skull cast awarded for Favorite Video!

The videos can be animated, live-action, shot on your cell phone– and they don't need to be filmed at Hancock Park. International submissions are welcome!

Write a script for your dire wolf puppet, choreograph a tar dance, create a montage of all your favorite Tar Pits-inspired movie scenes, or whatever else comes to mind to show us why this site is special to you, to Los Angeles, and to the world. 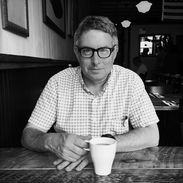 Mark Dion was born in New Bedford, Massachusetts. He received a BFA (1986) and an honorary doctorate (2003) from the University of Hartford, School of Art, Connecticut. Dion’s work examines the ways in which dominant ideologies and public institutions shape our understanding of history, knowledge, and the natural world. “The job of the artist,” he says, “is to go against the grain of dominant culture, to challenge perception and convention.” Appropriating archaeological and other scientific methods of collecting, ordering, and exhibiting objects, Dion creates works that question the distinctions between “objective” (“rational”) scientific methods and “subjective” (“irrational”) influences. 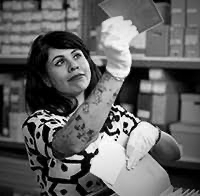 As Museum Archivist and Library Resources Manager, Yolanda Bustos directs all activities related to the museum archives, libraries, and library special collections at the Natural History Museum of Los Angeles County and La Brea Tar Pits Museum. Yolanda arranges, describes, and provides access to the analog and digital institutional archival collections. She also manages library holdings, services, and the rare books collection in support of museum staff. Yolanda joined the museum in 2017 as the first professional archivist in this role and is making strides at improving collections accessibility for those who wish to use the resources. Yolanda holds masters degrees in both Archival Studies (MAS) and Library and Information Science (MLIS)  from the University of British Columbia (UBC). 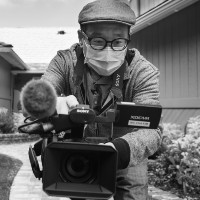 Nic Cha Kim is the Senior Producer of Arts and Culture for KCET / PBS SoCal where he produces the local television series, Artbound. Co-Founder of the creative district Gallery Row in Downtown L.A., Nic enjoys connecting with artists and learning about their creative processes. Nic has won three L.A. Emmy awards and was named the 2018 “Television Journalist of the Year” by the L.A. Press Club.

*By submitting your video and its associated elements, including but not limited to audio and/or video recordings (collectively referred to as Submitted Material), you acknowledge and agree that the Submitted Material may, at the discretion of NHMLAC, be used in a digital video and audio production produced by NHMLAC and/or become part of the Museum collection, and you further agree that any Submitted Material may be used or reproduced by NHMLAC for any Museum purpose in formats that may differ from the original submittal, including but not limited to education, publication, commercial and promotional uses, and being made available to the public.

LBTP X PST: MARK DION
La Brea Tar Pits is proud to partner with the Getty Foundation as part of Pacific Standard Time 2024: Art x Science x L.A., a series of exhibitions, public programs, and publications exploring connections between the visual arts and science from prehistoric times to the present and across different cultures worldwide.